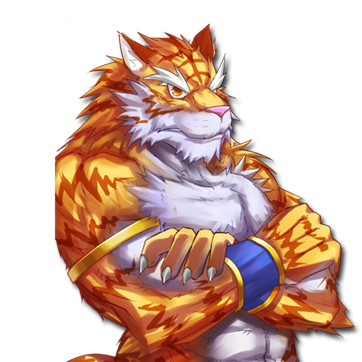 Command Rolls that move past any projectile, Command Throws that rip off 35% with traveling distance. powerful left-right mix... If you aim to stay close to your opponent after an evasive approach, Sangetu might be your choice. Being a grappler with movement options and amazing pressure, he even comes with a good set of reversals in poor situations.

5A: Short-range standing jab. Cancellable. Auto-chains into 5AA 5AAA/4AAA. Chains manually into 6A, 2A, 5B and 2B.

6A: Mid-range poke. Quick and safe. Special and EX Cancellable.

1A: Low crouching light kick. Cancellable. Auto-chains into 2A 2B. Chains manually into 6A, 5B and 2B.

2A: Low medium punch. Cancellable. Auto-chains into 2B. Chains manually into 5B and 2B.

5B: Chest chop. Can be ducked under. Cancellable.

6B: Big-ole Dropkick. Big horizontal range, notable recovery. Goes over lows, but is NOT an overhead. Blows opponent back, and can cause a wall-bounce. EX and Super cancellable.

6C: Sangetsu performs a Giant Swing on his opponent before sending them into a blowback state, wall-splat if in/near the corner.

4C: Sangetsu throws his opponent behind him through a slamming suplex, causing a short ground bounce.