Although we always recommend buying the game, the sampler with all unlocked characters can't be purchased anymore. The demo version randomly cycles between 3 unlocked characters every time you get to a character select. This isn't good for playing with other people, so we use CheatEngine to unlock all the characters.

Shoutouts to Jed @mountainmainjed for providing us with the .CT file.

Get Cheat Engine from the CheatEngine site

In CheatEngine, click "select a process to open". It should have a flashing frame around it. 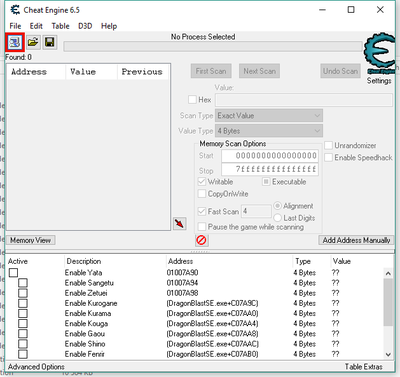 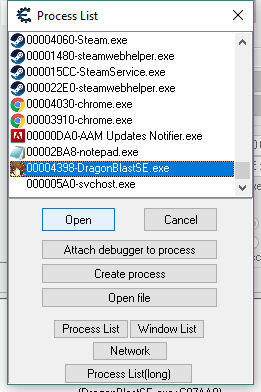 Next, go back to DragonBlast without closing CheatEngine, and go to practice mode, or any other mode with a character select. Check if Yata (the first character) is lit up and selectable. If this character isn't lit up, exit the mode and re-enter until Yata is selectable.

Now, go back to CheatEngine without closing out of the game. (Don't have to exit the character select either.) Check the box next to "Enable Yata" and you'll have unlocked all of the characters. 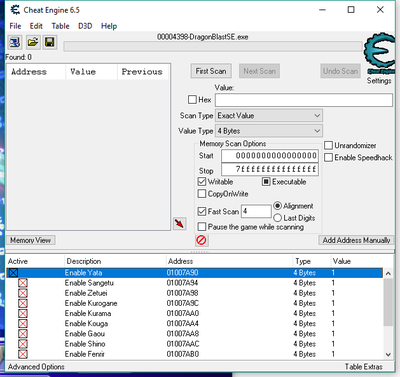