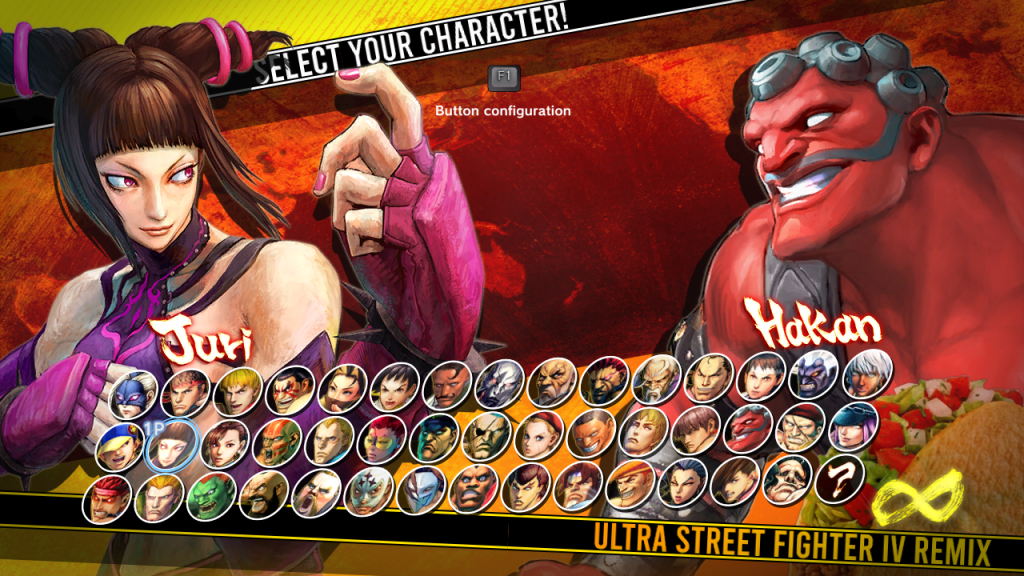 In this version there’s a new character select design, an overhaul for Blanka, and some bugfixes!

Blanka
– he’s Bao from king of fighters now
– did some stuff forgot what
– balls
– ok now that I said balls I remember everything
– upballs with hcf+P, only LP version is startup invincible
– can cancel upballs into air balls on hit (hcb+P)
– EX upball strikes blanka with lightning, and can be cancelled into side dodge (KKK/b+KKK)
– 4HP is gone
– Regular 4MP is an overhead and groundbounces, cancelled normal>4MP is mid, and does not groundbounce
– 2MP recovery improved, damage on 5MP and 2MP decreased
– 5HP is a different animation now
– Forward/Backward dash has less startup and recovery
– Shout of Earth (anti-air) is gone, and Shout of Earth (Ground) is a bit different (HCF+PPP)